With the release of the Pi HQ Camera module, it is now possible to take much higher quality photos using a Raspberry Pi. Examples of basic mounts exist to hold the HQ camera and Pi together, but I have yet to see one that contains both in a complete closed housing with a battery and screen, mimicking a ‘conventional’ camera that can be taken around and used easily.

I created an initial prototype based on the Raspberry Pi 3 Model A+, HQ camera, and a DSI-compatible touchscreen. I first tested the screen, and configured the components in CAD. 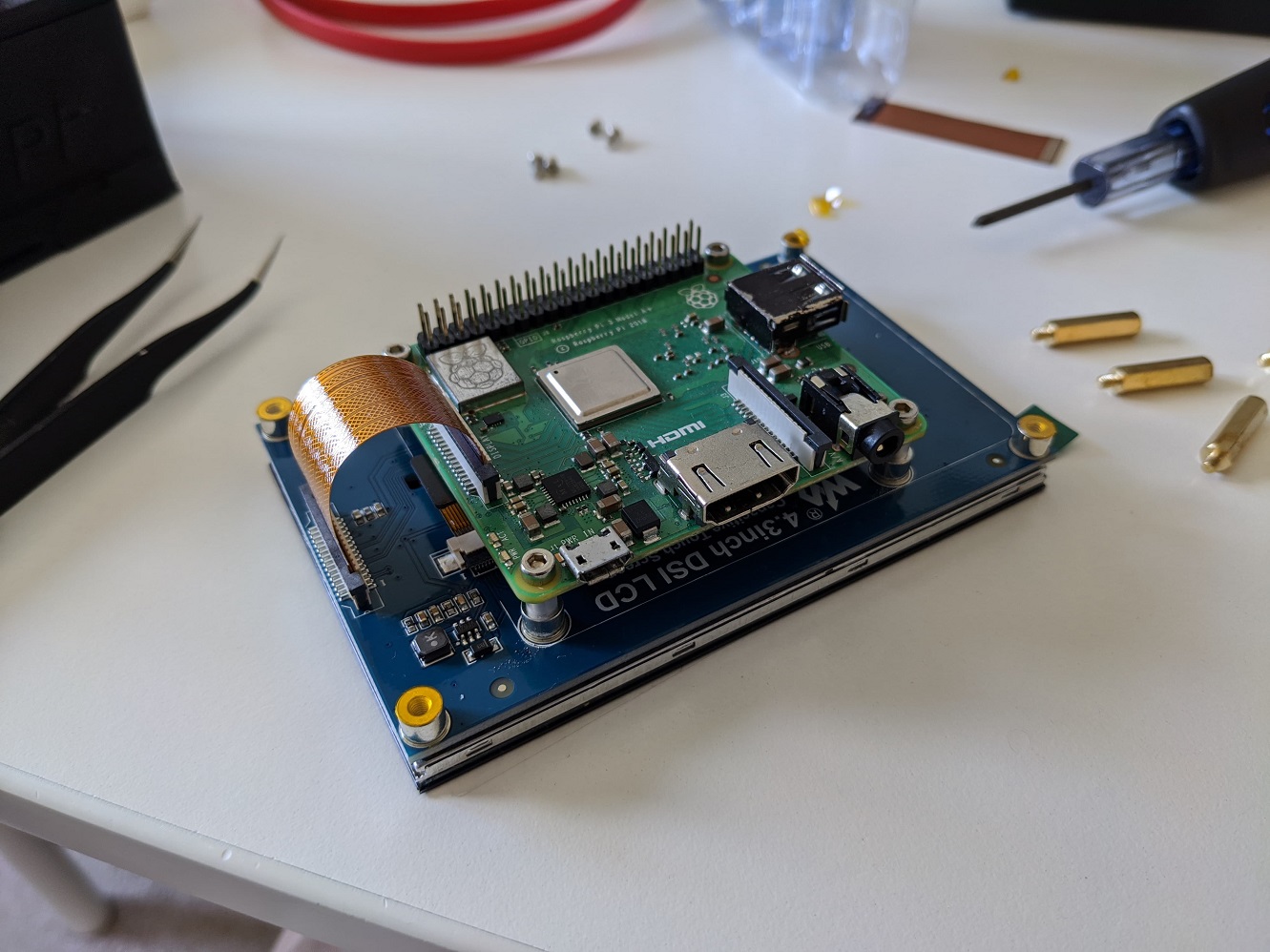 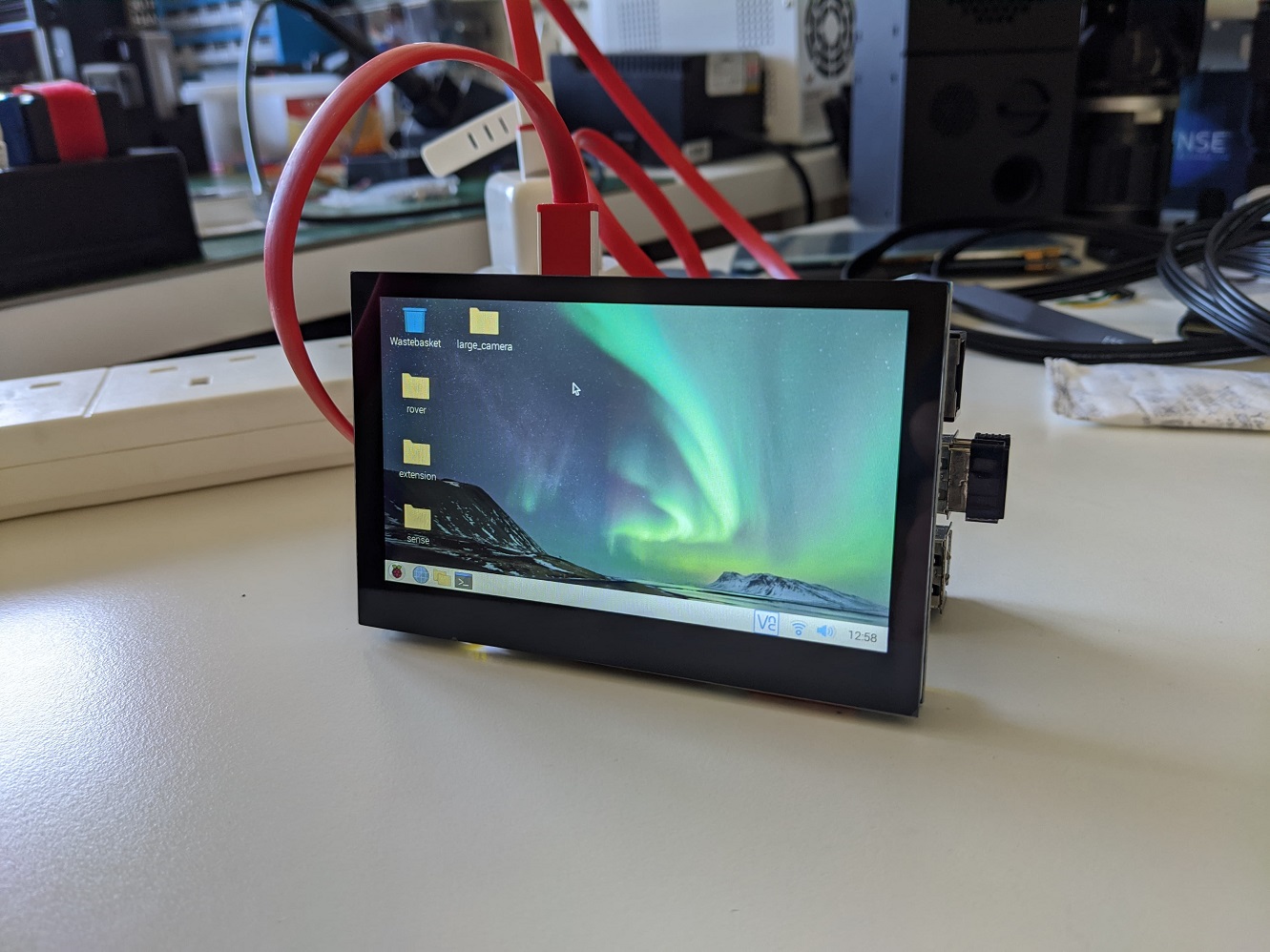 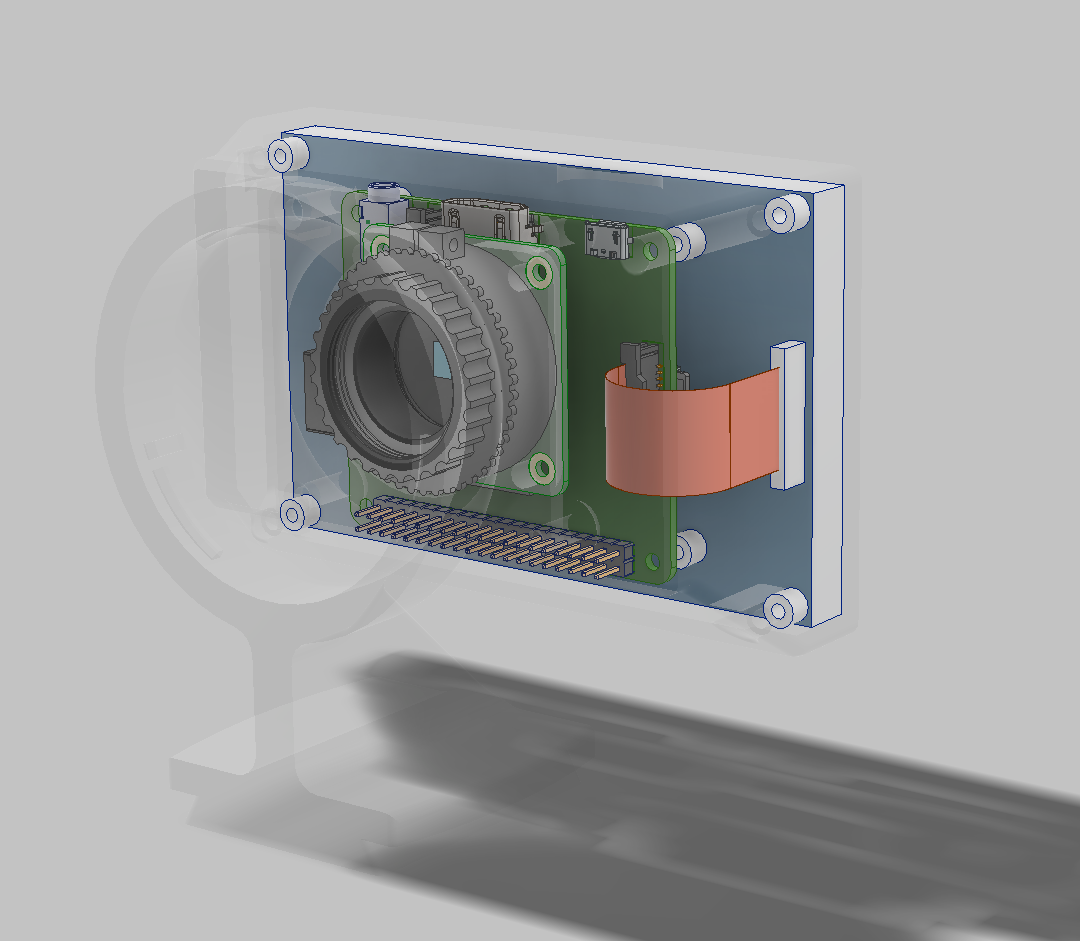 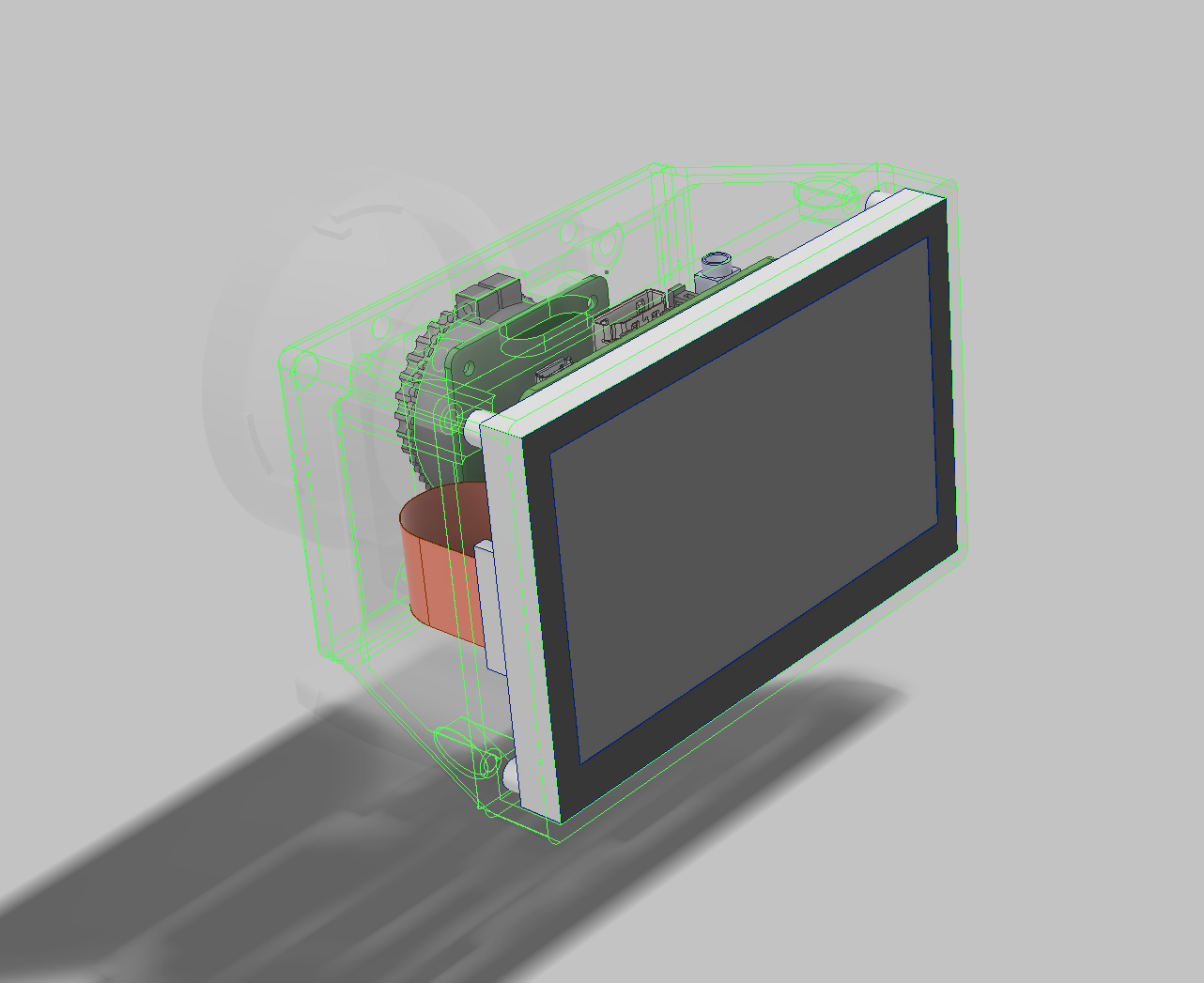 I then designed and 3D printed a housing that held everything together. This initial design does not feature an internal battery or any physical buttons, but it allows the basic camera configuration to be tested. Below is a render from the CAD, and a photo of the 3D printed and assembled camera system. 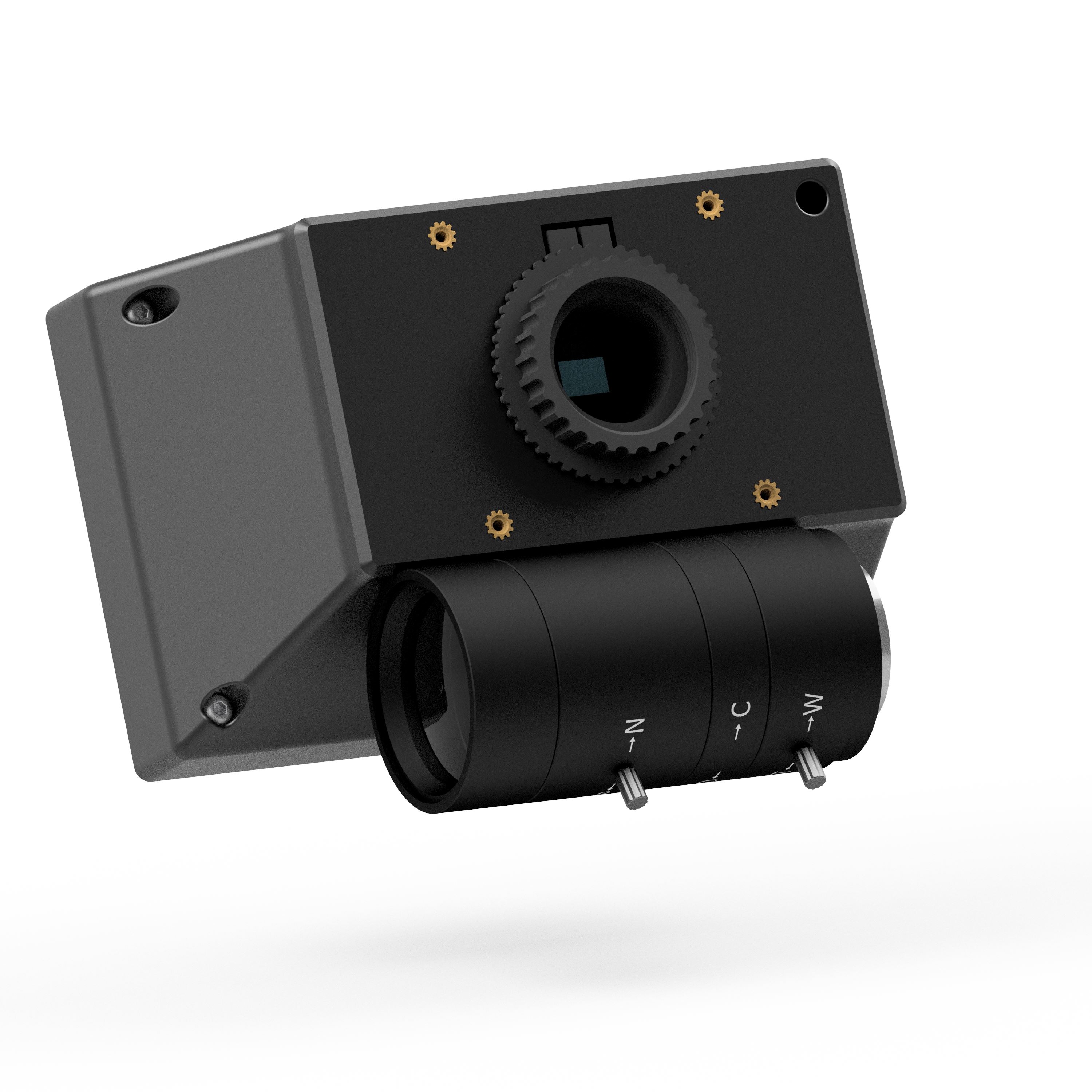 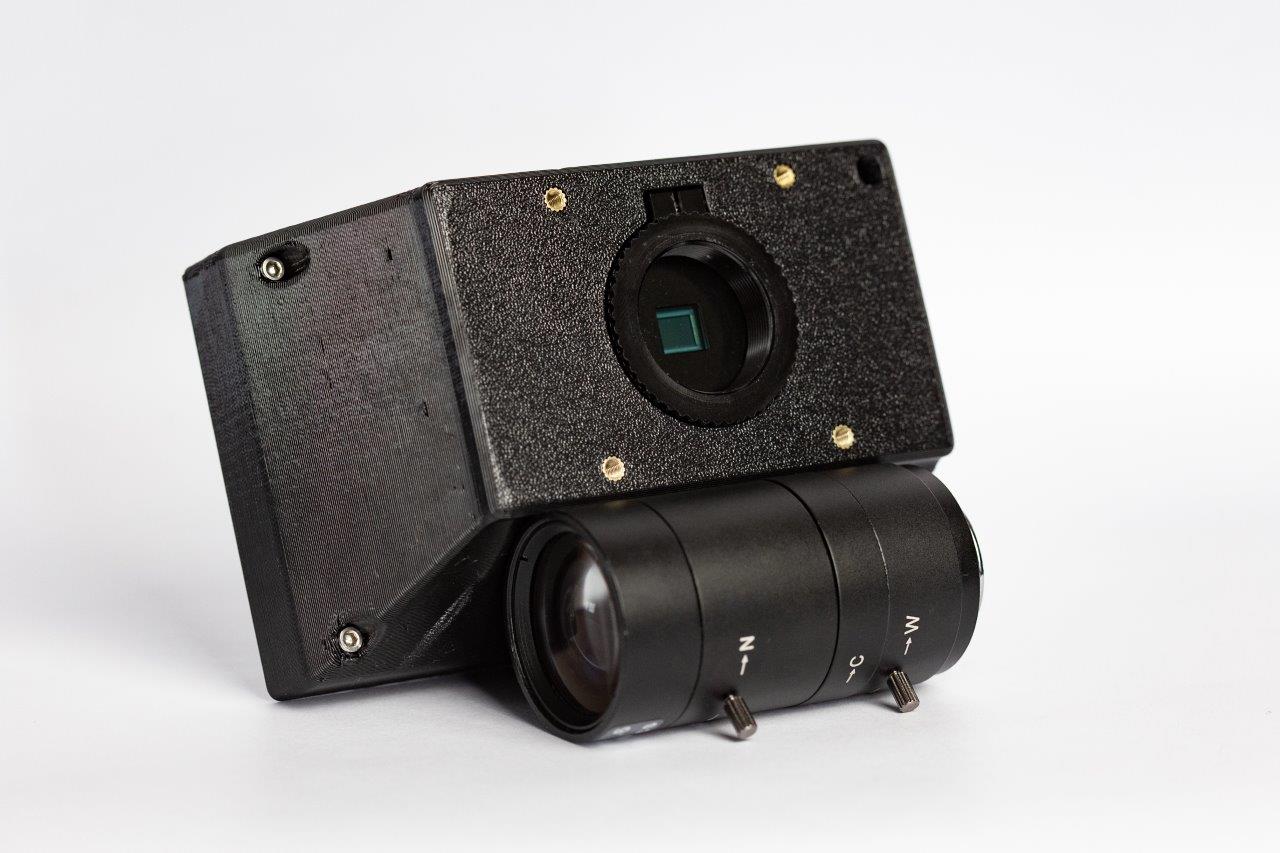 In addition to the main housing, an EF lens adapter was created, which included a tripod head mount, so that additional lenses could be used. 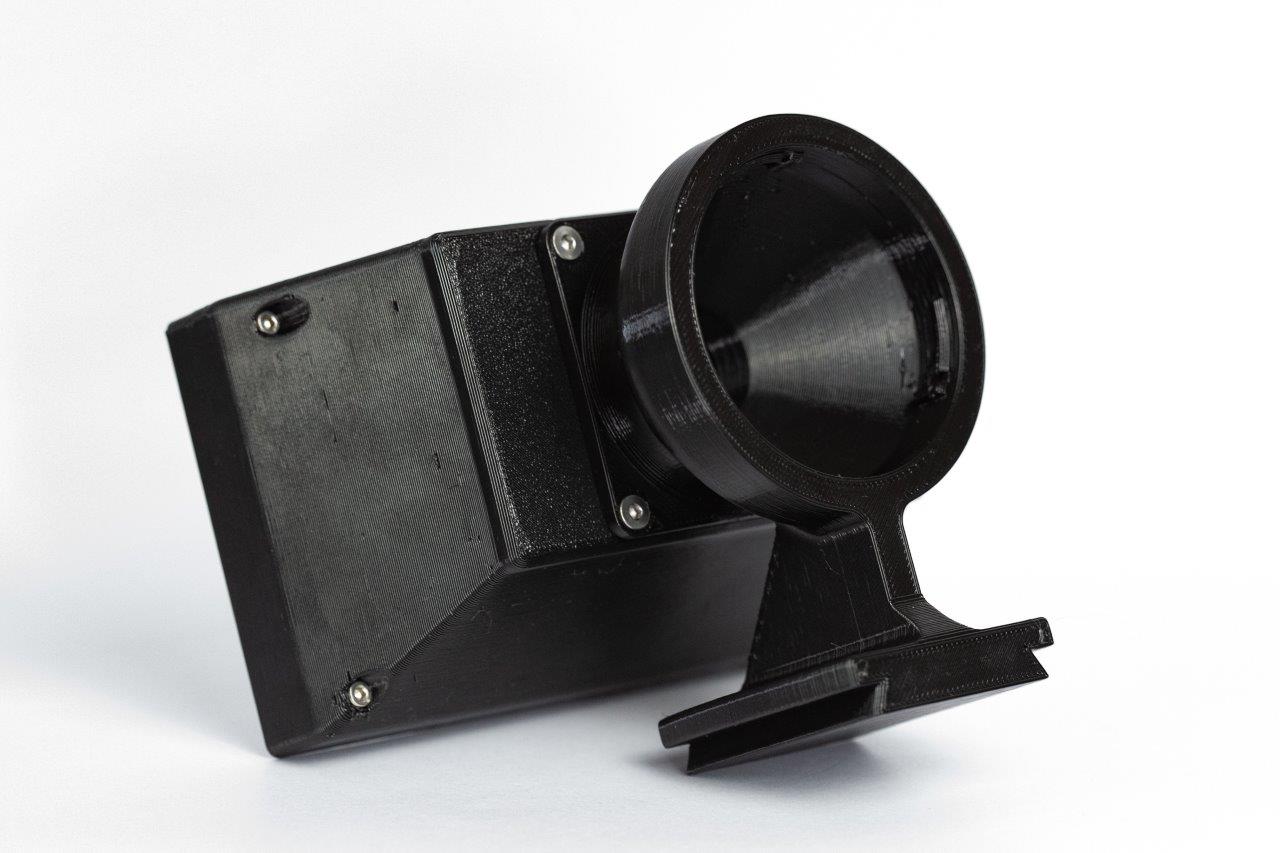 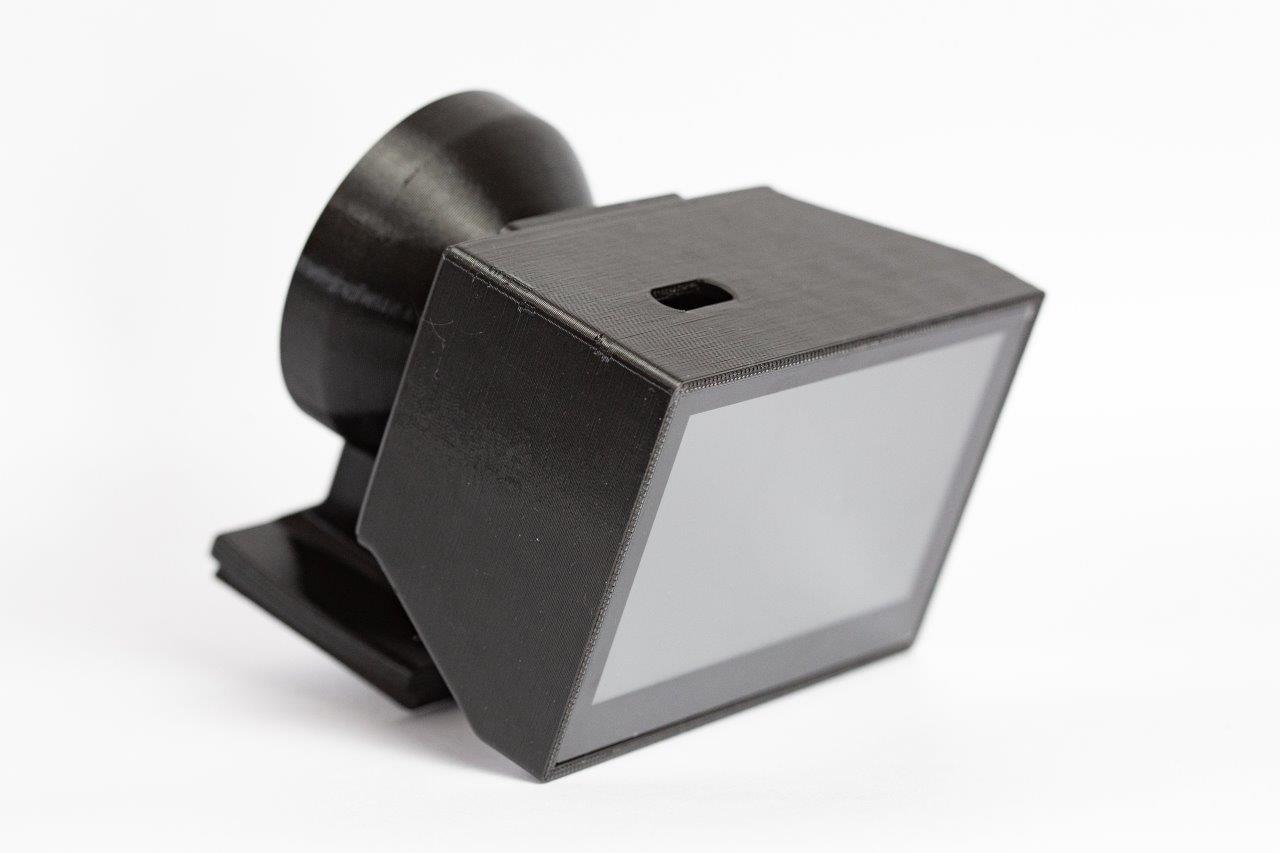 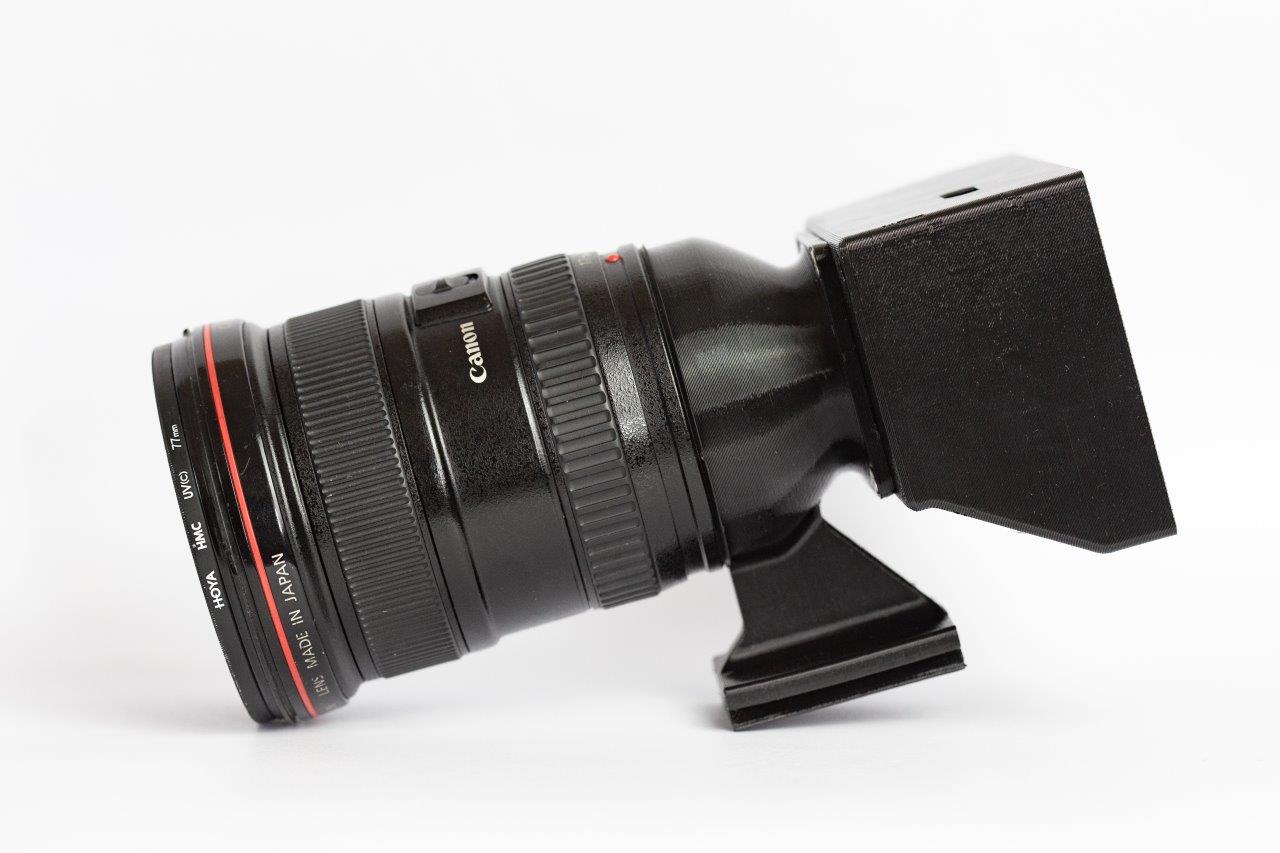 The rear of the camera is blank aside from the touchscreen, and as there are no physical buttons, a simple camera GUI was created in Python to allow images to be captured. 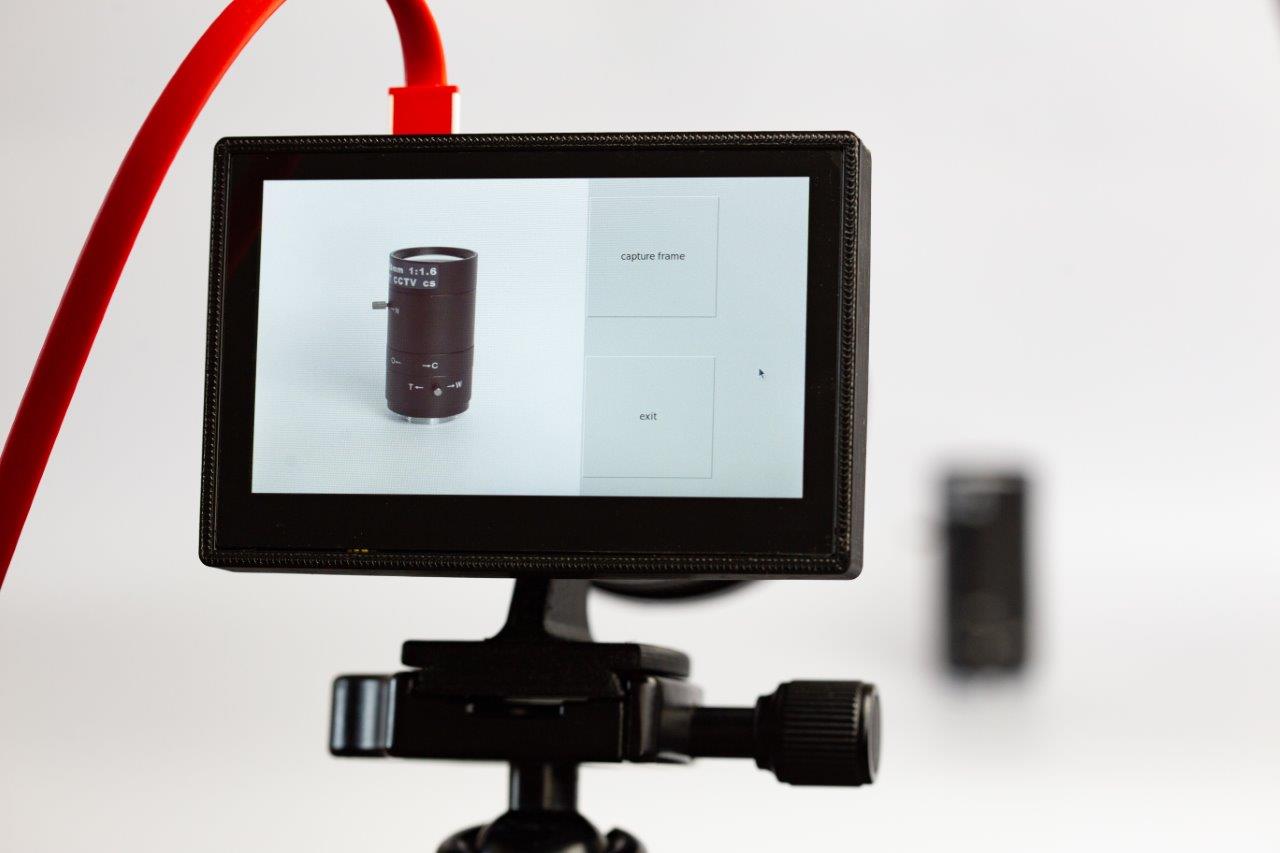 Following the sucess of the first version, the housing was re-designed to accomodate an 18650 battery and charge circuit, as well as an on/off switch. A 1/4” nut was also mounted to the inside of the housing at the bottom, to allow the camera to be attached to any standard tripod. 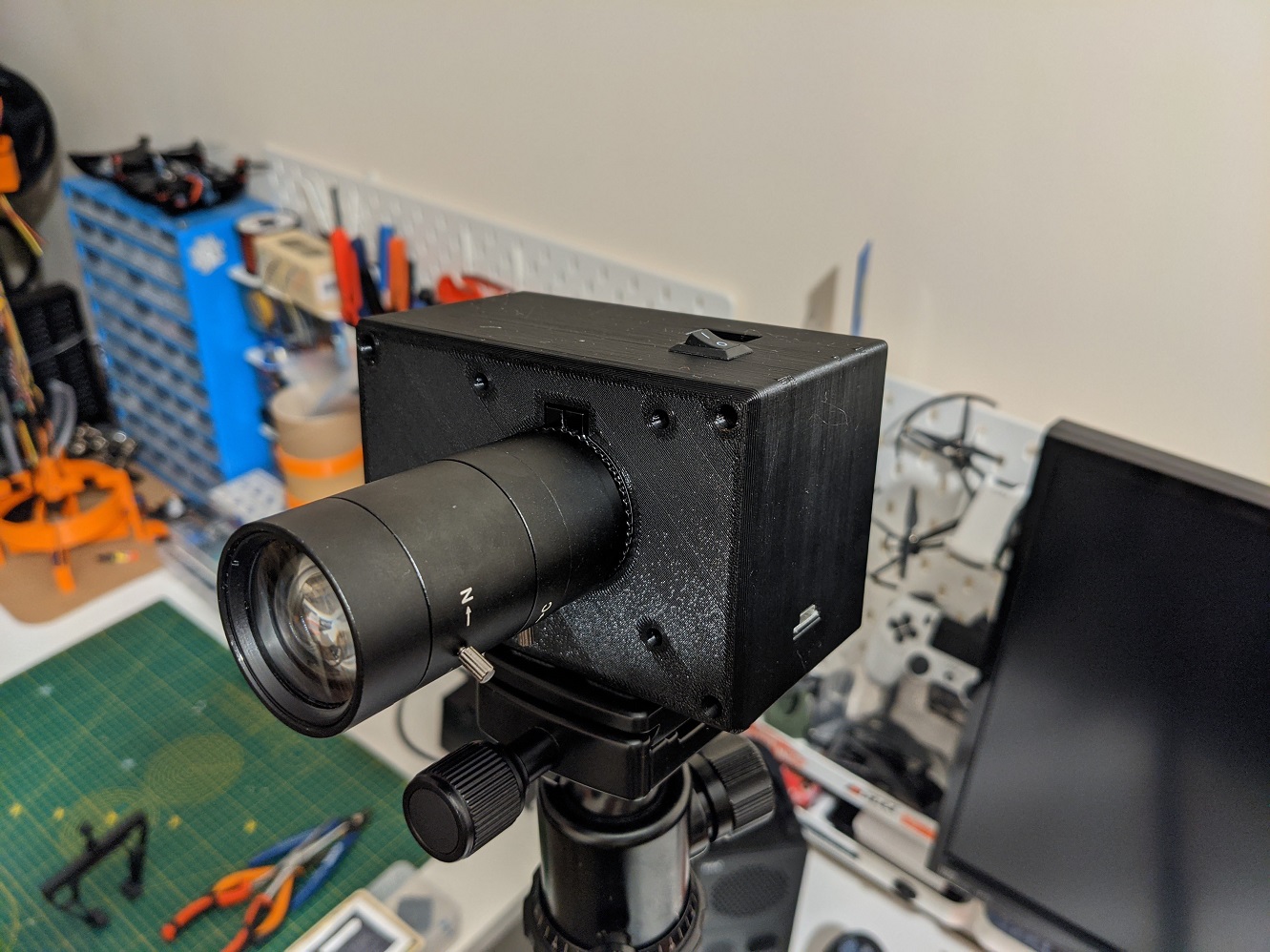 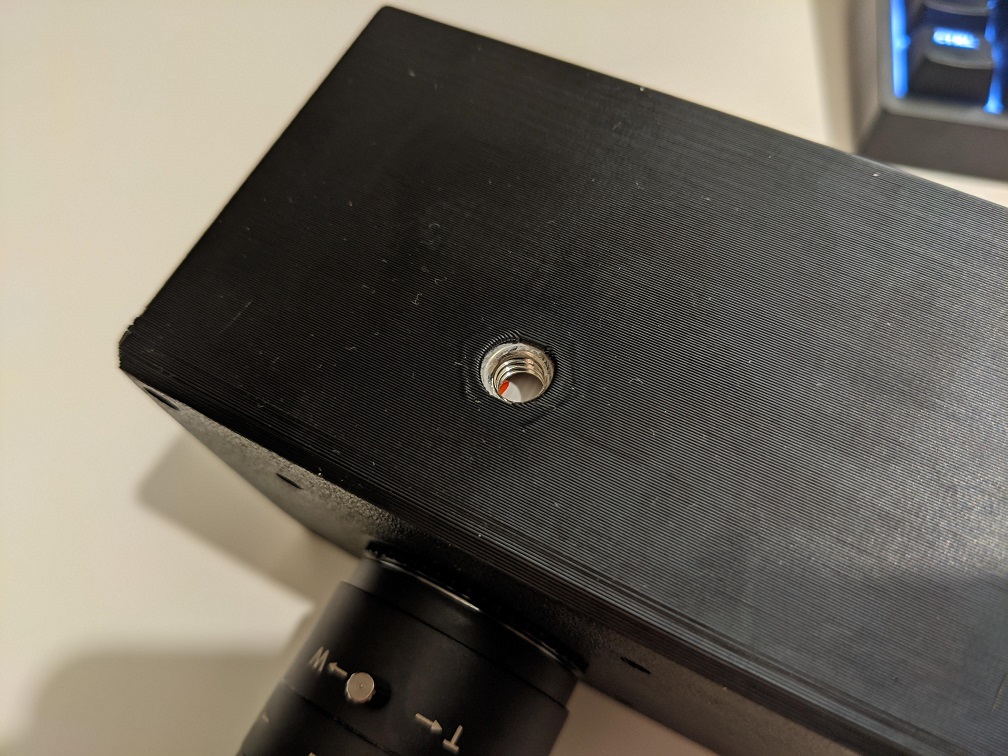 The GUI was also revised to allow basic settings to be adjusted, in this case shutter speed and ISO. 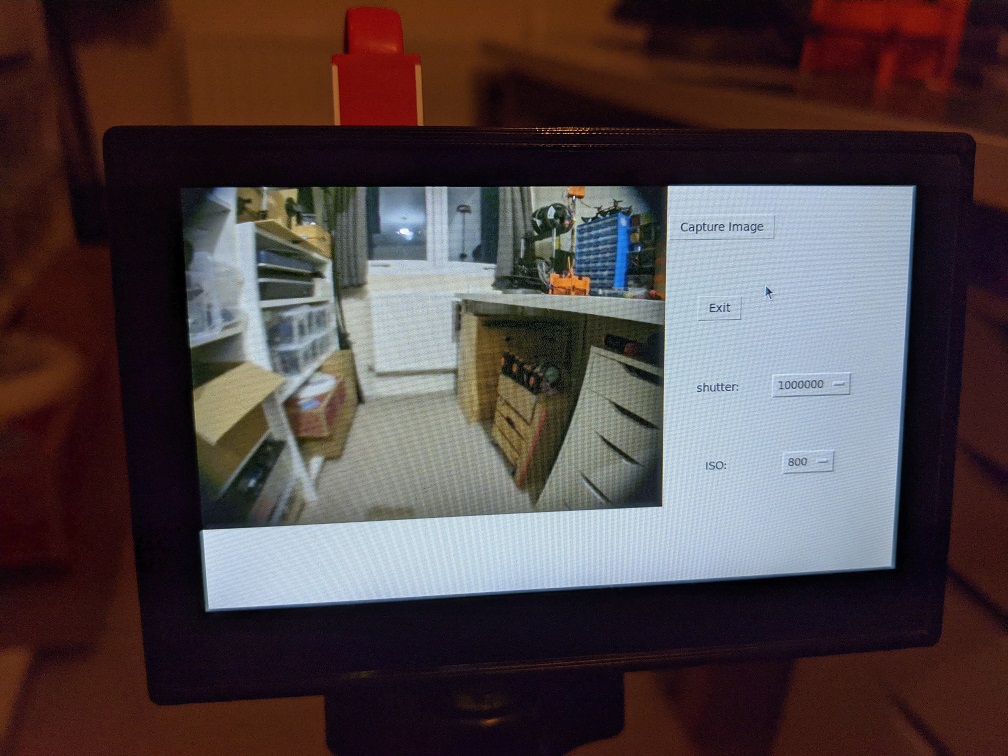